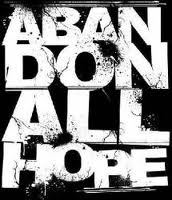 recommend to others. I do so because of his clear-eyed assessment of, on one hand, the potential and limits of Buddhist practice and, on the other hand, the cunning machinations of us homo sapiens apes. As a result of the former, he courageously places Buddhism in dialogue with Kohutian psychoanalysis, invokes Wittgenstein on language, and solicits the views of contemporary poets and ancient skeptics alike. Because of the latter, he is able to perspicuously illuminate reflexive but unfruitful meditation strategies, such as the curative fantasy and the secret practice.

Barry Magid’s lucent, no-nonsense approach stems, I suspect, at least in part from his close association with Charlotte Beck, his teacher in the Ordinary Mind School of Soto Zen. (Magid received “dharma transmission” from Beck in 1999.) As Magid says of Beck in his recent memoriam to her:

It is not an overstatement to say that Joko Beck transformed the face of Zen in America, not in the least by making it the face of a woman. She was among the first generation of Westerners to inherit the dharma from their Japanese masters, at a time when a focus on the experience of kensho, or awakening, led to a dismissive attitude toward problems that were “merely” psychological… She put dealing with anger, anxiety, pride, and sexual exploitation of students into the center of what we must deal with in our practice. (“In Memoriam: Joko Beck;” in Buddhadharma: The Practitioner’s Quarterly, Fall, 2011.)

The singular and great contribution of the Ordinary Mind School—as exemplified by Beck, Magid, and Pat George in Philadelphia—to Buddhism is precisely their courageous, uncompromising insistence on bringing all of oneself into practice. This accomplishment may seem slight, given that much of Buddhist rhetoric claims to do just this (“don’t ride your donkey to look for your donkey,” etc.). But Beck saw in traditional Zen’s tendency to bulldoze, in glorious machismo, through, say, depression, anxiety, and doubt, a debilitating “emotional by-passing,” and instead “worked to restore a sense of emotional reality to a scene that had become increasingly plagued by scandal and misconduct by our allegedly enlightened role models.” (Ibid.)

In highlighting such features of Charlotte Beck’s teaching, Magid had an opportunity, in his “In Memoriam” Buddhadharma piece, to present an unambiguous and honest picture of her legacy.

He did so. And then something happened. A flinch. Who flinched—Magid or Beck?

In a sense it does not matter, for flinching is endemic to Buddhist discourse. Ultimately, it is Buddhism that flinches. So of course the living proxies for Buddhism will do so, too. In any case, that someone like Barry Magid or Charlotte Beck can do so is, in my eyes at least, irrefutable evidence that “Buddhism” is perilously close to being a eudaimonistic subterfuge. (Let’s take Magid at his word that the flinch I perceive stems from something that his teacher “never failed to emphasize.”)

The flinch that I am referring to occurs in this paragraph:

When students were preoccupied with transformation, she [Charlotte Beck] took what was in danger of becoming a toothless Zen cliché—being just this moment—and turned it into the challenge of having no hope—a radical acceptance of the totality of the present. Yet she never failed to emphasize that at the bottom of the well of self was deep joy. A lifetime of teaching about death and dying was summed up as “this too is joy.”

Something does not add up here. Being (cliché-free) “just this moment” + “having no hope” + “radical acceptance of the totality of the present,” does not = “deep joy.” It equals whatever happens to be the case. Maybe you’ll find joy—for a moment. Maybe you’ll discover life-sucking Angst. Neither Buddhism, meditation, Charlotte Beck, Barry Magid, Buddhadharma Magazine, nor “the Buddha” can legitimately provide the warrant for what the above formula will produce for any actual living entity.

Elsewhere, Magid himself invokes Wittgenstein’s dictum that philosophy should leave everything just as it found it. A more recent formulation of the idea that philosophy (for us, Buddhism) has no business providing the end sum of our existential calculus, is from Ray Brassier:

Philosophy would do well to desist from issuing any further injunctions about the need to re-establish the meaningfulness of existence, the purposefulness of life, or mend the shattered concord between man and nature. It should strive to be more than a sop to the pathetic twinge of human self-esteem. (Nihil Unbound)

What, if anything, should Buddhism “strive to be”? Magid beautifully expresses a reasonable candidate in the very terms of the calculus he provides. It might strive, namely to inculcate an attentional proclivity toward “just this moment” and the disposition of “having no hope” and “radical acceptance of the totality of the present.” It should not strive to be a pollyannish “sop” to the yearnings of our desiccated middle class for “real happiness” and ease in the midst of “stress” and the “overcoming of suffering” or anything else indexed by Buddhism’s/mindfulness’s endless inventory of affirmations.

Speculative non-Buddhism sees in Beck’s (Magid’s?) move a missed opportunity, and something more serious as well. Magid’s evocative language encourages the practitioner to put the powerful equation to the test. But he doesn’t leave it at that. Instead he, Beck, and all of Buddhism shore up the existential nullity (or indeterminate X) instigated by the equation with what amounts to an ideological sandbag: “deep joy.” The “bottom of the well” and the “deep” are not given in the equation. They are smuggled into to it by merchants of hope. They are instances of a transcendent, specular, all-seeing-from-above dharmic dream of what should be/we would like to be the case. They are not, by any means, necessarily what is.

The “deep joy” at the “bottom of the well of self” is a new, uniquely self-help-obsessed-American Zen cliché; one, moreover, that flashes the sharp teeth of all “spiritual” salesmen—and saleswomen. For it locks the practitioner into the endless pay loop of should-could-want-would-like-deep-joy.

As for me, I will commission Charlotte Beck’s postulate of have no hope, and see what happens.

Links:
Barry Magid’s Ordinary Mind Zendo site.
Buddhadharma Magazine. Interestingly, although the excerpt that the magazine provides includes just two brief paragraphs, one of them is the “deep joy” paragraph. I read this selection as an attempt to assure the reader that while the article inconveniently juxtaposes the words “no” and “hope,” he/she should just go ahead, read on–there is hope after all!