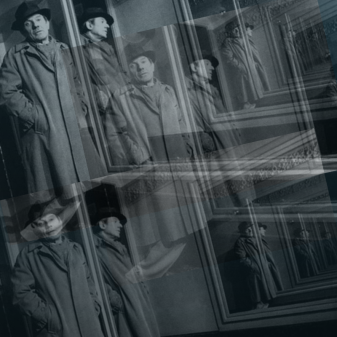 Even the philosopher is a larval subject of his own system. –Deleuze, Difference and Repetition

I feel myself to be a pure metaphysician. Bergson says that modern science hasn’t found its metaphysics, the metaphysics it would need. It is this metaphysics that interests me. –Deleuze, interview in Collapse III

“Perhaps one day, this century will be known as Deleuzian”—or so said Michel Foucault. While Foucault was likely teasing Deleuze, this jest marks a serious attempt to evaluate Deleuze’s philosophy. Is there any truth to it? How could Deleuze—avowedly heterodox, fostering little more than different hues of aversion, even amongst his proponents—provoke such an extravagant evaluation?

You may have encountered some of Deleuze’s more colorful concepts—rhizomes, larval subjects, the body without organs, the time-image, virtual problems—or confronted his “perverse” readings in the history of philosophy—Spinoza, Bergson, Nietzsche, Leibniz, Hume, or Kant—or his rather “metaphysical” essays on aesthetics. But none of this captures what is truly novel about Deleuze’s philosophy. Grasping that depends upon grasping the problems inspiring it. But what problems could impel this prodigious creativity? Why do certain thinkers demand a perverse interpretation? What powers lie latent in the philosophical corpus? What could provoke their exhumation? Who could perform it?

We’ll try to tease out the core of Deleuze’s philosophy—that from which these luminous concepts and mischievous interpretations emanate. If Deleuze has a unique philosophical profile, it’s not so much because it’s peculiar but because it’s a variant on “critical” (roughly, post-Kantian) philosophy. Deleuze’s program resists the dogmatic turns marring these other “critical” philosophers: Kant, Bergson, Heidegger, Husserl, Hegel, and Schelling. Why else would Deleuze characterize himself by that almost contradictory designation of “transcendental empiricism”? To radicalize at last Kant’s critical turn—this impulse animates the entire “critical” tradition. But is this monstrous conjunction of Bergson’s radical empiricism, Spinoza’s metaphysics, Schelling’s naturalism, and Kant’s critique a viable organism? To find out, we’ll read what Deleuze himself judged “the most concrete” chapter of his central work, Difference and Repetition: chapter 3, “The Image of Thought.”

Once again, there are no prerequisites—just be willing to grapple sincerely with the text.

Facilitator: John Paetsch received his Ph.D. in Philosophy from the University of Georgia. His dissertation—The Texture of Foliated Time—explores why Gilles Deleuze, Henri Bergson, and G.W. Leibniz all entwine “continuity” with “heterogeneity”—whether considering how a life dissipates time or a body diffuses force. Sad to say, it spares neither philosophy nor aesthetics nor physics nor mathematics—blame his confidante, O.B. Bassler! A portion of it will appear soon in Deleuze and Guattari Studies. He is presently translating the rudely neglected essays of the philosopher-mathematician Gilles Châtelet for Urbanomic. He has published anomalous poetry with Gauss PDF (text here, review here) and Make Now Books. He has a Master’s of Liberal Arts from the University of Pennsylvania, a minor in mathematics, and a tendency to disregard the distinctions between genres. He teaches at Temple University.

Time: Saturday, September 8, 9am-1pm
Place: CultureWorks
Cost: $80. Scholarship discounts available. Please don’t hesitate to request a discount if you need one, even if you have received one or more before. We are committed to making these sessions available to everyone, regardless of ability to pay (email: inciteseminars@mail.com with your request).