Circles of the Same || Lines of Flight

I am going to put this blog on low burn. Super low burn. So low that you may not even see its glow. Maybe the glow will die out, and this site will remain as an archive. In any case, I am turning my attention to a new project. It’s not overtly related to non-buddhism in any way. The one thing I can say about it is that it swings back toward the creative end of the critical-constructive continuum. I’ll announce the launching of the new project when it’s ready. In the meantime, a few thoughts.This is

CIRCLES OF THE SAME 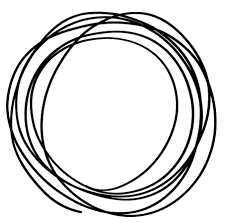 The circle is an apt image for Buddhism, but not for the reasons that x-buddhism itself gives. The circle is apt because with x-buddhism it’s always ’round and “round we go. Nothing ever really changes. It’s just one of a multitude of rich x-buddhist ironies that one of its central tenets is impermanence, the claim that things don’t and can’t remain the same. Yet, for Buddhism itself, it’s just the opposite: nothing really changes. Buddhism is caught in a vicious circle of sameness. No, that’s not right, vicious doesn’t work here. It suggests dynamic energy and directed intention. X-buddhism lacks both. A better word is moribund: Buddhism is caught in a moribund circle. Picture a rickety old windmill–slowly wobbling around, creaking and cracking as it does.

Another unintended x-buddhist irony is found in the person of the Dalai Lama. He’s about as universal a representative that you can find in a non-centralized religion like x-buddhism. He’s everywhere. Everybody ❤ the Dalai Lama. World leaders seek his counsel (or at least they pretend to), millionaire Hollywood stars swoon over him, even American presidents have feted him. Yet, think about it. He calls himself a socialist and a Marxist. He speaks out against wasteful consumerism, social inequality, worker exploitation, and many more issues with rhetoric that is far left of the western political center.

Yet, no one outside of x-buddhism takes the Dalai Lama seriously. He’s just a cute prop. He’s happy Old Uncle at a cocktail party. Standing there in his quaint robes–just a Simple Monk!–as ignorant adorning fans ostentatiously make meaningless small talk with him. He’s has perspectives that could influence radical change in society, and yet… He’s limited to being a safe, ineffectual, prop. No one wants to hear him say things like, capitalism, it “only takes the money, then exploitation.” They just want him to fulfill their fantasy that the exotic East is the land of spiritual plenitude. The Dalai Lama is indeed the perfect representative of x-buddhism in the West.

Westerners favorable to x-buddhism have always injected their own hopes and desires into their chosen x-buddhist figure-type. From ancient times to the present, we’ve seen the Buddha as Greek thaumaturge, Francis of Assisi-like mendicant, enlightened rationalist, secular empiricist, scientist, even. The more it changes, the more it stays the same (hence: x). And ’round and around we go.

Wise-old-man-buddhism is nearly extinct in the West. (It’s sounding awfully like a death rattle in Asia as well.) The old hippies loved those wise-old-man teachers. And the love was reciprocated. Thus, hippie-buddhism was born. Hippie-buddhism is dying out now, too. Yes, it’s been that long. Many hippie-buddhist teachers have chosen younger hippie-like successors to ring their bells. Ostensibly new forms of x-buddhism, like mindfulness and secular-buddhism, are just hippie-buddhism in new jeans. (That makes sense when you look at the two old hippies who inspired those movements.) So, I suppose hippie-buddhism still has a few crusty stems cracklin’ in its pipe.

Now, a new x-buddhist type is emerging. This type, I believe, will soon overtake the old hippies. I mean the corporatist-buddhists. These are the younger x-buddhist figures who have come of age with the YouTwitFaceGoogleplex looming in front of them. They think x-buddhism–allowing, for a moment, that they think at all–as fully formed subjects of the panopticon. This new generation of x-buddhists fits the description of the “cynical ideologue:”

Slovenian philosopher and critic Slajov Zizek writes that we no longer live in an age where “they know not what they do,” but rather: “they know very well what they are doing, but still, they are doing it.” To make his argument, Zizek echoes the theory of German philosopher Peter Sloterdijk, who argues that we have entered the age of “cynical ideology” whereby the demystifying correction of ideological camera obscuras no longer motivates social action – or in the words of French sociologist of science Bruno Latour, the critique has “run out of steam.”1 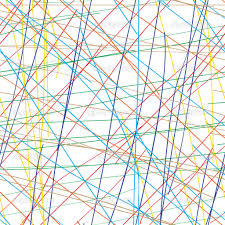 The theories and ideas first articulated on this blog were further worked out in Cruel Theory | Sublime Practice and experimented with on blogs such as The Faithful Buddhist and The Non-Buddhist. (Links below.) These ideas can help you see how x-buddhism maintains its sovereignty in an uncircumventable territory of its own making. They can enable you to slow down the world-conquering juggernaut that is The Dharma, mount its machinery, and peer inside. The theories will help you understand how x-buddhism operates as a subjugating army in the name of liberation. Like all good theories, non-buddhism will help you see what’s going on in the dark. It will also give you a weapon to kill or maim–you know, in self-defense. (Chose your metaphor.)

But here’s the thing: the rest is completely up to you. It’s up to those of you who are at or approaching fitting proximity to that crumbling monument to Brutalist architecture known as the Buddhist vallation. I guess I can leave the comments open here in case you want to finish up your conversations. I am packing up and moving on. Some of you, of course, will continue to stand around, waiting for the x-buddhist Godot. But some of you will want to go on. I recommend The Non-Buddhist as a forum for working out your ideas. And be sure to pay daily homage to the Buddha of our World Sphere, Tutteji Dai Osho. (Until it closes shop, The Faithful Buddhist as well.)

A good image for doing this work on your own is Deleuze-Guattari’s idea of the line of flight. A line of flight presupposes pausing for a while on an unstable stratum. This blog might be such a stratum. An entire book might be one, or a simple idea. A concept, model, a system of thought might serve as one. It will always be unstable because a line of flight requires impulsion, dynamism, and movement away from the stratum. To remain is to get trapped. It is to become territorialized. Taking flight means to experiment with conjunctions, initiate new intensities, engage in impossibilities, risk incomprehensibility.  You may take flight in a sober, even ascetic manner, employing caution, precision and care. You may also do so drunk, permitting yourself excess, risking error and remorse, even grandly entertaining the esoteric glow of dreams or the fumes of revolution.

Whatever you chose to do, will you just do it with passion, for fuck’s sake?

1 “Affective Critique: Mediation as a Response to Cynical Ideology (Paper Proposal),” at Anarchist without Content.

13 Comment on “Circles of the Same || Lines of Flight”