If anyone in the Philadelphia area is interested, I’ll be driving to Princeton for this roundtable. Send me an email. Bosteels is the author of The Actuality of Communism and the translator of Badiou’s Theory of the Subject. 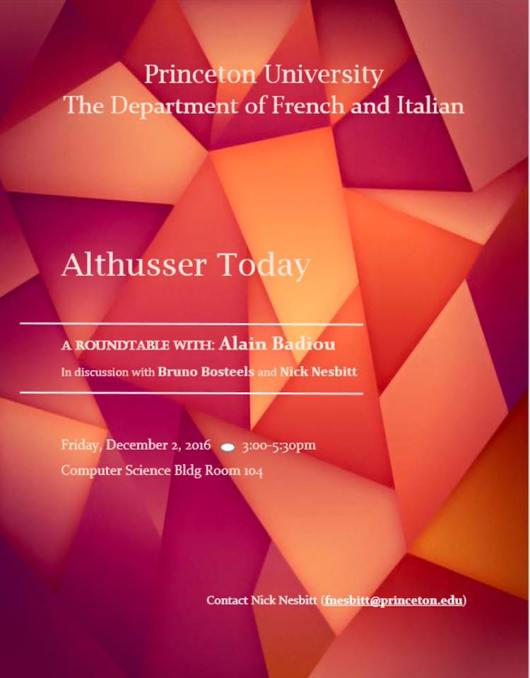