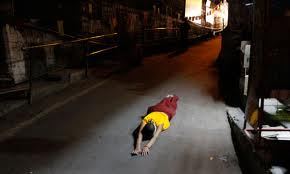 I think a lot of people have difficulty understanding “negative thinking” because today we are primed by the like-button. This is not a joke. Facebook’s like-button is the latest incarnation and variation on the terror of positive thinking – be happy, don’t worry, have fun. Regarding teachers in Tibetan Buddhist lineages, this ultimate truth is presented in its most ludicrous way in Robert Thurman’s Infinite Life. There, he asserts that Tibetans were living in an “endless vacation”  for hundreds of years until the Chinese invaded. Robert Thurman has been called “the leading American expert on Tibetan Buddhism” by the New York times. Infinite Life has been “okayed,” as Thurman puts it, by the Dalai Lama. Thereby, the Dalai Lama supports Thurman’s ridiculous claim about the “endless vacations” of the Tibetans. The Dalai Lama himself supports at other places an equally delusional view of Tibet’s history (in, for instance, Thomas Laird, The Story of Tibet). This is an important part of the ideological structuring in which so called Tibetan Buddhism situates itself today.

Another part of the story is that Tibetan Buddhists are forced to believe in an afterlife, in personal reincarnation, in disembodied ghosts, fortunetelling via oracles, decision making via lottery; and it encourages (“His Holiness” no exception, quite to the contrary) the belief in personal superhuman powers among a lot of other things that a normally functioning mind today would disregard as medieval dreamworld thinking.

Third, as Tom Pepper has demonstrated here with the the thinking of Alan Wallace as an example, Tibetan Buddhism deems itself as absolutely superior in every aspect of life, especially regarding the sciences.

This self representation of absolute superiority of Tibetan Buddhism is the background before which we have to see figures like Ken McLeod: they present themselves as part of a global spiritual elite holding the key to a perennial philosophy representing age old wisdom to which only certain specialists have excess.

Interestingly, this thinking can be traced back to and can be identified as a typical western christian-romantic omnipotence fantasy. The lineage goes, for example, as such: Thurman and his “endless vacation,” Chögyam Trungpa and his “Shambhala,” Edward Conze literally speaking about a perennial philosophy showing up in the prajnaparamita-literature, Anna Blavatzky inventing a saga about a secret knowledge from Tibet, and even Schopenhauer proposing the idea that the oldest religions are the best. This idea goes hand in hand with the idea that the key to this perennial knowledge is to be found deep within one’s own soul. This latter idea then does not come from the East but was the interpretation of Buddhist practice in the West from the first day on. We find this interpretation of Buddhists practice already with Leibniz, and it reproduces itself in the thinking of Herder and Hegel, for example. Although, that is important, too, this Idea has been connoted very negatively until the nineteenth century and only then has the thought about meditation as the search within changed into something positive.

So, the idea of Buddhism as a like-button for ultimate well-being is an age-old phantasm of the European reception of Buddhism. This idea coupled with the idea of a secret knowledge that is only available to certain highly developed people (Anna Blavatsky, Rudolf Steiner, Aleister Crowley, etc.–even Edward Conze proposes it as, of course, does “His Holiness”) is the background of Tibetan Buddhism today.

Somebody like Ken McLeod, who in his autobiographical text, places himself firmly in the Tibetan tradition, has to be seen, too, as somebody who, potentially, misinterprets “his” tradition in the way I sketched above.

A strong indication that even “highly realized” tulkus can be victims of what I would call the  esoteric fallacy is Chögyam Trungpa. His book Cutting Through Spiritual Materialism, published in 1972, is based on teachings given in 1970 and 1971. As far as I know, it is one of the earliest esoteric teachings from the Tibetan diaspora given in the U.S. Basically, this text says nothing but: search within, go into meditation, abolish your thinking ego and you will find the golden key to eternal wisdom – all moral context is left out (the pārāmitas for example). The esoteric fallacy then is the belief that meditation alone will solve every problem a human might be confronted with.

Presented in such a way the teachings of Tibetan Buddhism represent nothing but a misrepresentation and misconception. It is, that is to say, basically a lineage stemming from Christian religiosity, the internalization of an external god in Romanticism and finally the projection of the ideal of finding god within into some exotic tradition from the east. The interesting point with Trungpa here is that he already presents “his” tradition in terms of the esoteric fallacy.

A major problem embedded within the esoteric fallacy is the omnipotence fantasy. It is traceable in each protagonist of the Tibetan “tradition.” Even “His Holiness” himself is a victim of it – although he seems always to be oh-so-humble. Bob Thurman is just as superpotent as his superior. The same goes for Sogyal Rinpoche. Beside these VIPs, all second and third class ranking teachers should be viewed as potentially deluded by a misconception of their traditions in terms of the esoteric fallacy.

I think any misconduct, sexually or otherwise, should be seen against this background. The omnipotence fantasy of the Buddhist teacher is at the heart of the problem – a problem that is located in a cultural context invisible to those teachers. This inability to see this or even to attempt thinking about its possibility I deem a dangerous stupidity. I don’t know about McLeod, but I know about “His Holiness,” Thurman and Sogyal Rinpoche. All three are absolutely blind to the cultural context of the dependent arising of their cults – and I call it “cult” because of their ignorance and stupidity.

I would predict that thinking negatively about Tibetan Buddhism in this way is impossible to most of the protagonists. People like Robert Thurman or Ken McLeod would have to rethink their whole biography (not to think about “His Holiness” who is cult). Thurman for example built his life on the propagation of Tibetan Buddhism. Even to consider that his Buddhism could be, in its innermost core, just a variation of a narrative stemming from his own culture–which he tried to flee–and that in reality there is nothing new, would bring to shambles his whole life (the irony of this being of course that the guy has no idea of anatta). How aggressively he reacts to such insinuations is visible in his infamous retort to Donald Lopez’s book Prisoners of Shangri-La: Reflections on Prisoners of Shangri-La.

I think, today, any “spiritual” teacher who puts forward some lineage to support his authenticity  has to be discarded outright. Seen in the context sketched above, lineage is the cornerstone for building an autonomous, self containing, self sustaining personality as the ultimate contradiction of anatta. Furthermore thus lineage leads only to a kind of Führerkult of which sexual abuse, sadly enough, is only one expression.

I think there should be much more militancy vis-à-vis such “teachers.”

One last word. As I am writing this I learn about the latest sex-scandal. Again it is about a teacher who has been rumored to be a sex-abuser for years now. Finally, the truth comes out. Again it is said that there “needs to be done some serious housecleaning.” Yet again it is said “for decades” misbehavior of one of those dharma clowns “has been ignored, hushed up, downplayed, justified, and defended by the monks and students that remain loyal to him.” Haven’t we heard this all before? It is ridiculous. We should see bigotry and hypocrisy as an authentic and constituting part of Buddhism today and not as some rare malfunction. Let me suggest one solution: think about Buddhism itself as the problem. If you want to be enlightened, give it a try,  and send Buddhism to hell. Be honest enough to declare a false decision a false decision. Don’t waste your time. Think about Buddhism in the West as a christian-romantic zombie disguised as some exotic oriental drug to flee reality in the 21st century. The dreams of the Dharma Bums stink. Abort the malfunctioning ship altogether. Sink it. Send to hell these dharma clowns who know nothing but appeasement in the face of outright fraud. And don’t forget to call them liars if you meet them on the road!

P.S. This is a commentary. Sources have been left out intentionally. The topic of Buddhism as esoteric fallacy obviously needs to be treated in more detail.

Please read also Katie’s commentary here, which was the occasion to write this comment.

Photo caption: An exiled Tibetan Buddhist nun prostrates around the main temple and the residence of Tibetan spiritual leader the Dalai Lama. Photograph: Ashwini Bhatia/AP. Taken from an article in the Guardian titled: “Lama sex abuse claims call Buddhist taboos into question: Allegations against Sogyal Rinpoche highlight the dangers of Buddhist injunctions against gossip and insistence on loyalty.”