In Search of a Non-Human: Trash Theory #1

Trash Theory: Preliminary Materials for a Non-Buddhist Image of Practice #1*

In Search of a Non-Human

For a long time I have searched for someone who would know everything about himself and about others, a demon­ sage, divinely clairvoyant. Each time I believed I had found him, he obliged me, upon scrutiny, to sing a different tune: the new elect always  possessed some flaw, some defect, some recess of unconsciousness or weakness which lowered him to the level of human beings. I perceived in him certain traces of desire and of hope, some hint of regret. His cynicism, manifestly, was incomplete. What a disappointment! And I still pursued my quest, and always my idols of the moment sinned in some direction: the man was always present in them, hidden, painted over or juggled out of sight. I ended by understanding the despotism of the Race and no longer dreaming of a non-human, a monster who might be totally imbued with his nothingness. It was madness to conceive of him: he could not exist, absolute lucidity being incom­patible with the reality of the organs.

My faculty for disappointment surpasses understanding. It is what lets me comprehend the Buddha, but also what keeps me from following him.

Truth, what a word!

The idea of liberation through the suppression of desire is the greatest foolishness ever conceived by the human mind. Why cut life short, why destroy it for so little profit as total indifference and the  illusion of freedom? How dare you speak of life after  you have stifled it in yourself? I have more respect for the man with thwarted desires,  unhappy and desperate in love, than for the cold and proud guru. A world full of sages, what a  terrifying prospect! They should be all wiped out so  that life could go on naturally—blindly and  irrationally.

I hate the wisdom of these men and women unmoved by  truths, who do not suffer with their nerves, their flesh, and their blood. I like only vital, organic  truths, the offspring of our anxiety. Those whose thoughts are alive are always right; there are no arguments  against them.

The Paucity of Wisdom

I hate wise people because they are lazy, cowardly,  and prudent. To the sages’  equanimity, which makes them indifferent to both pleasure and  pain, I prefer devouring passions. The sages know neither the tragedy of passion, nor the fear of  death, nor risk  and enthusiasm, nor barbaric, grotesque, or sublime heroism. They talk in proverbs and give advice. They do not live, feel, desire, wait for anything. They level down all the  incongruities of life and then suffers the consequences. So much more complex is the  in-human who suffers from limitless anxiety. The wise person’s life is empty and sterile, for it is free from contradiction and despair. An existence full of irreconcilable  contradictions is so much richerand creative. The wise person’s resignation springs from inner void, not inner fire. I would rather die of fire than of void.

These Cioran fragments are a good place to begin reflections on immanent practice because they address the issue of the teacher. In x-buddhism, the teacher is the commanding figure who occupies the center of the practice community. Originating with the Buddha-protagonist, this figure is woven into the x-buddhist image of thought, such that it is apparently inconceivable to imagine Buddhist practice without this figure. If you look around at x-buddhist websites, even the most ostensibly secular, progressive, and non-traditional, you will almost certainly discover the One-Supposed-To-Know looming large. Is it possible that respect for this masterly figure is founded on the atavistic belief in a special class of people who possess special innate qualities? If so, is it  further possible that certain types of people exploit this atavistic tendency toward authoritarian spiritualized ends? Ultimately, the Cioran fragments render this figure unbelievable and ridiculous. Laruelle’s quip on the lordly figure of the wise philosophers comes to mind: they don’t do what they say they do, and they don’t say what they actually do. Intransigent to admitting their deceit, the guru frolics on, playing with loaded dice. We can paraphrase Laruelle to our purpose here:

The Buddhist Master, legislating for the Dharma, for the life of the awakened mind, makes an exception even of the fact that he does not do what he says or does not say what he does, but, speaking the Dharma, he makes an exception and enjoys the privilege of speaking about it and imposing it with his authority. I speak the truth, says the liar; I speak democracy, says the anti-democrat: this is the paradox of the Buddhist Master as thinker of the Whole who is never short of expedients for presenting the paradox as if it were acceptable.

So, Cioran’s conclusion is that we once and for all negate this figure from our quest, from our image of thought, from our practice. This elimination clears space for a capacious question: now, how to proceed?

Buddhists of Oz
Is Explication the Root of X-Buddhist Stupidity?
For Education
Tragic Perception
Meditation: An Intimate Act
Encounter with the Void
The Buddhist Conspiracy Against the Human Person
Only Don’t Know: Reflections on a Thoughtless Life
Practicing in Delusion
Sitting, Full of Shit
On the Grammar of Meditation: Parataxis
Spectral Discourse

*Trash Theory: Preliminary Materials for a Non-Buddhist Image of Practice

The concept of “trash theory” is borrowed from Tiqqun’s Preliminary Materials for a Theory of the Young Girl.

So as not to give a false impression — which could  well be our intention — the jumble of fragments that follows does not in any way constitute a theory.  These are materials accumulated by chance encounter, by frequenting and observing Young-Girls: pearls extracted from magazines, expressions  gleaned out of order under sometimes dubious circumstances…The choice to expose these elements in all their incompleteness, in their contingent  original state, in their ordinary excess, knowing that if polished, hollowed out, and given a good trim they might together constitute an altogether presentable doctrine, we have chosen—just this  once—trash theory. The cardinal ruse of theoreticians resides, generally, in the presentation of the  result of their deliberations such that the process of deliberation is no longer apparent. We figure that, faced with Bloomesque fragmentation of attention, this ruse no longer works. We have chosen a different one. In these scattered fragments, spirits attracted to moral comfort or vice in need of condemning will find only roads leading nowhere. It is less a question of converting [x-buddhists] than of mapping out the dark corners of the fractalized  frontline of [the x-buddhist World]. And it is a question of furnishing arms for a struggle, step-by-step, blow-by-blow, wherever you may find yourself. (20-21)

How do we conceive of practice after the death of the big Other?

Contemporary German philosopher Peter Sloterdijk argues that “anyone who takes part in a program for de-passivizing himself, and crosses from the side of the merely formed to that of the forming, becomes [an agent].” The colloquial word for such a program is practice. The more technical term, praxis, aims to approach the question consciously, with an a priori awareness of theoretical considerations. Yet, at the title of the series indicates, the “theory” arising out of whatever collective and chaotic deliberations may be the case.

More formally, it proceeds from three questions. First, what does it mean to “practice”? What, for instance, distinguishes practice from things like routine, habit, or simply a way of life? And when is a practice one of healthy self-formation as opposed to one of ideological subjugation or romantic fantasy? This question may presuppose a new image of practice, akin to Deleuze’s image of thought. Second, how can we conceive of practice in an age of profound skepticism toward the transcendental orientations of our so-called spiritual traditions? What might a materialist or, in the language of Pope Francis, an “incarnational” practice look like? Third, rather than adapt the practitioner to the existing social formation, how can we ensure that a practice develops competent, courageous agents for changing their formations in closer conformity to their moral ideals?

If you have any thoughts on this matter, please send them along. You can write an original text or share an existing piece of writing or mash the two together. Keep it short, and include a commentary and a question or two for discussion. The purpose of this exercise is to stimulate thinking, not to dominate it. Maybe some of you will eventually use these trashy fragments to create a new theoretical whole. Even better, maybe some of you will put them to the test in actual communal practice. Let us know how we can help.

Send your trash to  speculativenonbuddhism@gmail.com.

I am grateful for the gift of this spoken version from Daniel Ingram. 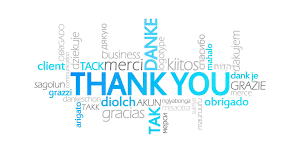 Thank you for reading this post. Our posts have been read nearly a million times at no cost to the reader. And we are fine with that. But if you would like to contribute to our work, here’s your chance! Even $5 is appreciated. You may also “buy” as many $5s as you like. If the post is by a guest writer, all proceeds go to the author. Thank you!