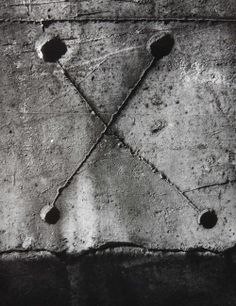 This blog is a critique of what I term x-buddhism. Why don’t I just say “Buddhism”? Here’s my thinking.

“Buddhism” suggests an abstract, and abstractly static, One.  A study of this One would show it to be of the (abstract) type of cultural-doctrinal systems (religion, philosophy, mythology) that claim grand authority concerning human knowledge. “X-buddhism” means to capture a crucial fact about “Buddhism,” the abstract One: it loops incessantly.

We could study the x. Such a study would be historical and comparative. We could compile a descriptive catalogue of Buddhist schools from a (atheist) through m (Mahayana) to z (Zen), graphing their relations and tracing their divergences. In so doing, we would discover differences concerning, for instance, each x‘s version of the means and end of the One’s grand authority. From such a study we would begin to see that the One, Buddhism, breeds infinite interpretation not only of the world, but of itself. Hence, Buddhism splinters into unending modifiers, x.

Yet, this same study of protean variation would inhabit clues as to the function producing such difference-of-the-same. (After all, each modifier indicates membership in a single set: Buddhism.) My critique stems from the function of the same—from the identifying mark of the set as a whole. “X-buddhism” thus intends to capture the fact that the One is indeed a unity, but a splintered unity, a pluralized singular. Abstract and inert “Buddhism” devolves to the concrete and spirited interpretive communities of limitless “x-buddhisms.”

Devolvement ensures replication. And, indeed, what we find in each and every x is the sign of the One. Following the work of François Laruelle, I call this sign decision. My contention is that we can trace the authority of each x back to a simple yet powerful syntactic operation, an operation that is embedded in, indeed, constitutes, the abstract One. In short, decision functions as an algorithm of infinite iterations (x) of the One (“The Dharma;” “Buddhism”). That is the general sense of the term “x-buddhism.”

X-buddhism runs the alphabet, and includes classical and contemporary forms. Commonly known forms include the Zens/Chans/Sons, Tibetan this-and-that, the Nichirens, the Pure Landers, the Theravadins, madhyamakas, foresters, and, more recently, atheist, agnostic, secular, The Mindful Ones, progressive, progressive, and the posts-. You get the idea. So rather than categorize x-buddhism by name, I use the following designations throughout the blog. Here’s a rough run-down.

Each of these categories is easily coupled with others. For instance, comparative work may be done with an apologetic intent; interpretive work, in the search for new constructions. Someone may be doing three or four things at once. An awareness of variegated strategies and intentions will prevent us from too quickly pigeonholing an author, teacher, etc.